Project Ireland 2040 will drive investment to all regions within Ireland, driving economic growth and leading to job creation.

By 2040, it is projected that Ireland’s population will increase by one million. The Irish government wishes to meet this population increase by spreading investment more evenly throughout the regions of Ireland. The resulting outcome will see the development of ‘regional hubs’,  allowing the cities and towns of Ireland to realise their full economic potential.

Over the coming months, we will discuss several of these key regional hubs for Project Ireland.

This time we are focusing on Waterford City in Ireland’s South East – a region of enormous potential, as the 6th fastest-growing region in the EU in terms of job creation, with a projected population growth of 14.6% by 2040.

Waterford at a Glance 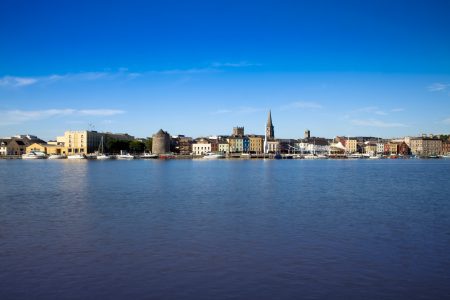 Waterford as a Regional Hub

Personal Property: Rental prices are 52% lower and house prices are 65% lower than in Dublin.

Commercial Property: Office space in Waterford’s city centre is around 70% cheaper than in Dublin.

Talent Pool: With a highly skilled, diverse workforce, over 90% of school leavers progress to third-level education.

Projections for employment in Waterford are positive, with 40% of new jobs being created in high value-added sectors including high-tech manufacturing, professional & scientific, and ITC sectors. A large part of the Waterford City 2040 Plan is built around investment and regeneration of key areas to drive economic growth.

As can be seen above, Waterford is a regional hub that offers an excellent quality of life, and a large and diverse talent pool, making it a worthy location to situate in. The investment driven by the Project Ireland 2040 strategy is set to transform Waterford, driving further economic growth and creating jobs across a realm of sectors.

Follow us on LinkedIn to keep up to date with the latest industry news and trends.