Project Ireland 2040 will drive investment to all regions within Ireland, driving economic growth and leading to job creation.

By 2040, it is projected that Ireland’s population will increase by one million. The Irish government wishes to meet this population increase by spreading investment more evenly throughout the regions of Ireland. The resulting outcome will see the development of ‘regional hubs’,  allowing the cities and towns of Ireland to realise their full economic potential.

Previously, we discussed the Project Ireland 2040 initiatives for Waterford City.

This time we are focusing on Cork City in the South West of Ireland. Cork City has been hailed fifth overall best city in Europe for economic potential, with a projected population growth of around 50-60% by 2040.

Cork at a Glance 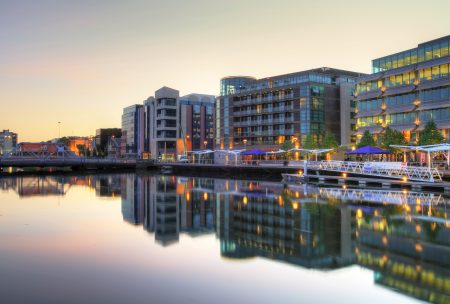 Cork as a Regional Hub

Personal Property: Rental prices are 34% lower and house prices are 27% lower than in Dublin.

Commercial Property: Office space in Cork’s city centre is around 47% cheaper than in Dublin.

Disposable Income: Cork enjoys the third highest disposable income across Ireland, and this is set to rise by 2040.

Talent Pool: The majority of school-leavers progress to college and Cork has a diverse, talented workforce.

It is anticipated that, by 2040, over 60,000 additional jobs will be created in Cork across a diverse range of high value-added sectors including manufacturing, mechanical, electrical, engineering, ICT and life sciences. Project Ireland 2040 for Cork involves several regeneration projects, along with investments towards key transport infrastructure.

Cork is full of potential, and its growth isn’t set to dwindle anytime soon. The Project Ireland 2040 strategy will build upon the city’s success, fine-tuning key public infrastructural elements and driving further economic growth for Cork.